With the upcoming release of the latest Star Wars movie, yes, I confess that I am a Star Wars fan and have been for as long as I can remember.

I grew up on the bickering of C3-PO and R2-D2 and the clashes of sparkling lightsabers and I never knew a world without them. But behind all that, is the ages old battle of good versus evil, but also with redemption of evil and rogues with hearts of gold. But it’s that triumph of heroes over villains that makes me watch it over and over. Not to mention the original story, new experiences, imaginative creatures, and exotic vistas. I even accepted the underperforming prequels considering they did still have characters to look up to, like courageous Padme who was more than just her office of Queen.

Admittedly though, I didn’t care much for Force Awakens. I keep trying to put a finger on why, since it wasn’t the performance by Daisy Ridley who has now become a hero for a new generation of girls. And it wasn’t the exotic locales with the desert planet very reminiscent of Tatooine, or the impressive ship interiors, as well as the return of the iconic Millennium Falcon and Han and Leia, and the remote end location. 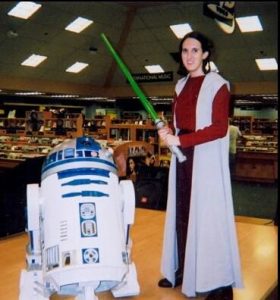 Yes, the villain who threw temper tantrums like a 5-year-old was extremely hard to take seriously and not itch to make him do a time out in a corner, but I think the largest issue I had with it was originality in the plotline. So much of it felt like a retread of the very first Star Wars movie, so much that I started to wonder if they were aiming for a remake rather than a new story. Which brings me around to the upcoming new movie.

If Force Awakens was a retread of New Hope, I worry the new movie will be a retread of Empire Strikes Back. From the previews I know there will be an extended Jedi powers training session with Rey standing in for Luke and Luke standing in for Yoda. Makes me wonder just how much else will be copied. Will there be a scene on the run with Rey hiding out in a field of asteroids? 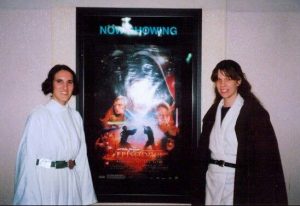 And will there be a showdown at Cloud City with Rey and Kylo where one loses a hand and a reveal of the relationship between them will be made? (I really doubt he’ll say that he’s her father, though brother is likely. It’s amazing all the bets that are being made over Rey’s parentage. I’m still hoping for her being a Kenobi rather than trying to turn them into Jacen and Jaina from the books instead of the writers coming up with their own original ideas).

Still, all of my quibbles won’t stop me from running to the theaters to see blinding lightsaber duels on a gigantic screen, and visiting new worlds, while the iconic theme of Star Wars blasts, heralding another out of this world experience.

Gypsy Madden is an author and costume designer, living and writing in the Rainbow State, Hawaii. She is the author of Hired by a Demon. 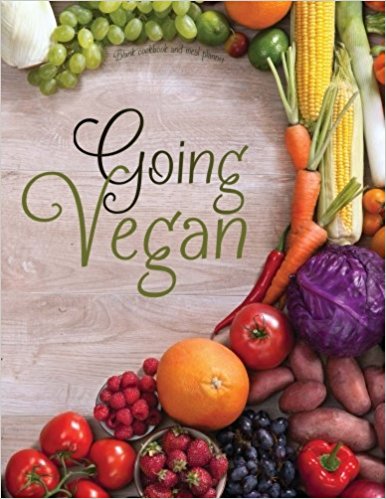 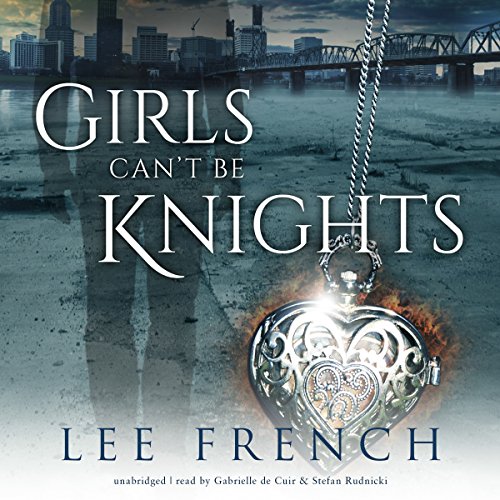 Even the Spirit Knights could not see this coming. Sixteen-year-old Claire wants her father back. His death left her only memories and an empty locket. After six difficult years in foster care, her vocabulary no longer includes "hope" and "trust". But everything changes dramatically when she encount...