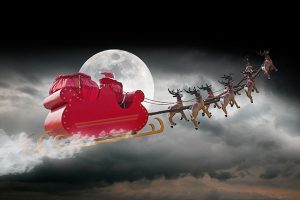 ‘Twas the night before Xmas, when all through the base
Only robots were stirring, but none with much haste.
The backpacks were taped to the air vents with care,
In hopes that old Santa would find his way there;

The kiddos were tucked in their coffin-shaped beds,
As a Twix induced sugar-rush played with their heads;
Mom in her flannel and I in tighty-whites
Had just settled in after saying good nights.

When suddenly our module shook to and fro,
I leapt from my bed and was soon ready to go.
Away to the view screen I flew like the Flash,
And focused the monitor in a hurried dash.

The blue Earth above gave an eerie luster
To the dwellings that formed our lunar cluster.
Then, a vision beyond belief did appear,
A tiny red shuttle, manned by tiny reindeer.

Anon, a weird looking pilot escorted them out.
“I am Captain Saint Nick,” he said with a shout.
His four-legged crew must surely be tame,
Because clearly I heard him call them by name;

“Now, Crasher. now, Lancer. Now, Rancher and Buttless.
On, Gromit. On, Wallace. On, Dander and Gutless.
Gather your pouches, gifts stuffed to the top,
We must hurry and scurry there’s no time to stop.

And then in a jiffy, I heard from the ceiling
The clatter and chatter of eight little beings.
I stood from my perch and then turned around,
To see the pilot materialize with nary a sound.

Unsure of his purpose, my phaser at ready,
I stunned the old guy, my aim was quite steady.
His bundle of toys were thrown to the floor
“Oh no, this must be Santa,” I had to implore.

His eyes – how they twinkled, from the stun no doubt.
His cheeks soon grew as red as if they had gout.
His mouth formed a circle like a black hole,
His chest expelled the growl of an evil troll.

The sound of his anguish filled me with grief;
I feared for my life when he gritted his teeth.
He had a narrow face and surprising round belly.
Plus a wicked smile; I thought of Machiavelli.

With the wink of his eye he turned his head;
The look on his face filled me with dread.
But soon I realized I feared without reason
When he chuckled and said, “I love this season.”

He looked to the floor and gathered the toys,
Several were for girls and others for boys,
He filled all of the packs hung by the vents
Then touched his comm-unit and off he went.

From my viewer I saw him gather his troops,
The eight little reindeer were a strange group.
He walked up the ramp, his team close behind.
When the shuttle rumbled, it began to climb.

The craft hovered high over our airless dorm;
Through some unknown magic a dome did form.
These words were written on the white hemisphere,
Have a Merry Christmas and Happy New Year! 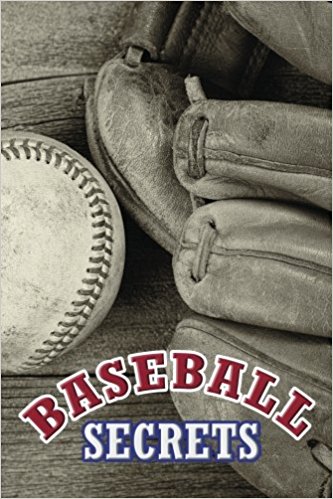 Are you always forgetting your logins, usernames and passwords? Do you have lots of sticky notes or labels around the house to remember them? Would you like to find a better way? Baseball Secrets is a secret password book that is disguised as a book about Baseball. Add all your website information i... 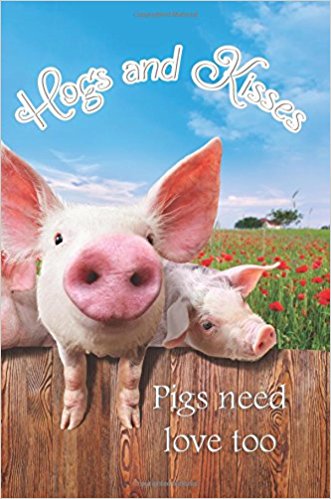