You’ve always got to be careful writing a blog post with the words ‘fantasy’ and ‘women’ in the title lest you melt the server with the wrong sort of web traffic. What got me thinking about this was the current barrage of fanboy vitriol about the new Captain Marvel film.

To recap, Brie Larson plays Captain Marvel, the superhero hinted at in the conclusion of Infinity War last year on a 90’s style pager. In the comics Captain Marvel (in the non-Shazam Marvel iteration) has undergone a number of changes over the years. He started as a male hero called Mar-Vell who was an alien superhero from the Kree world who links with Rick Jones of Hulk/ Captain America fame so that Rick ‘summons’ Captain Marvel when he knocks his wristlets together. Captain Marvel became a popular character fighting against Thanos, and ultimately died of cancer in the comics. That fina storyline was an especially poignant and mature story that resonated with fans. After that Captain Marvel had a new incarnation as a superhero in the Avengers, an African-american female cop called Monica Rambeau. After her we had another three or four versions of Captain Marvel (one a child of Mar-Vel) until Carol Danvers took on the name as a change from her pre-existing identity as Miss Marvel. Danvers had been in the comics since the 60s, and gained her powers merging DNA with Captain Marvel in an explosion, and emerged in the late 70s as a hero, lost her powers to Rogue from the X-men, and then regained them to join the Avengers. So a well-established character, and not exactly one that’s been gender-switched as part of some illuminati plot to de-masculinise the Marvel male fan-base. 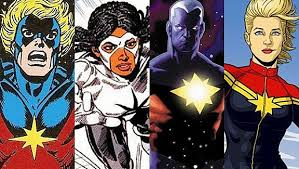 So with the first Marvel film to have a female lead you’d expect the wide Marvel/ comics fan-base to embrace this seminal moment after a decade of films with muscle-men focal characters. Ummm, not exactly. A core of ‘fans’ clearly felt that the idea Captain Marvel might be pulling Thor/Hulk/Cap/Iron Man’s butts out of the Thanos fire didn’t seem to appeal. I’d imagine it was the same group that grumbled about Black Panther being too political about racial issues…

So naturally when Brie Larson (who, after all is an Oscar winning actress who gained her accolade in a film about a rape-victim locked in a shed) stoked the dissatisfaction by making a comment about the lack of diversity amongst film critics, both in terms of race and gender: ‘Am I saying that I hate white dudes? No, I’m not. What I am saying is if you make a movie that is a love letter to a woman of color, there is an insanely low chance that a woman of color will have a chance to see your movie and review your movie.” She references the Annenburg study which analysed reviews on Rotten Tomatoes and found 76% were written by males, and 82% by white critics. That a female actress known for her advocacy work should make the comments isn’t really surprising but it clearly got social media fired up, and the whole thing erupted into some quite vile rhetoric. Negative ‘reviews’ had been posted before the film was actually released. 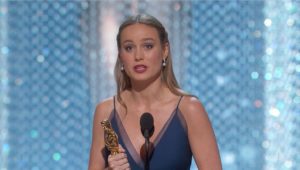 Oddly it brought to mind the vitriol that was created when the latest Star Wars trilogy dated to have a female lead in the form of Rey. Now the Star Wars fan-base is famous for having extremely passionate fans who lament anything that falls short of the original trilogy, and I’d agree the Last Jedi didn’t really hit the spot, but back when Force Awakens casting was announced the grumbles about both Rey and Finn grew beyond any form of objectivity and descended into straight up offensive rants on social media and blog posts. This repeated concept that the world has been hijacked by social justice warriors and females is perpetuated both in the media and in the surreal world of politics, presenting the average white male as some kind of bullied and endangered species.

(And don’t even get me started about the response to a FEMALE Dr Who….)

As a fantasy reader (and writer) I’ve been interested to look at whether fantasy fiction falls foul of the same prejudices that are plaguing films. Fantasy literature evolved through the last century from the pulp fantasy fiction of Robert E Howard, and Fritz Lieber, the epic fantasy of Tolkien and Terry Brooks, and the darker work of Moorcock. The stereotype fantasy hero of a muscle bound warrior with a chainmail-bikini wearing female hanging off his pectorals was perpetuated by artwork of the period (classic Boris Vallejo).

Ove the last twenty years the stereotypes in fantasy have been eroded. In anticipation of the TV series being released I’ve finally commenced on reading the Wheel of Time series, and whereas the trio of Rand, Mat, and Perrin are the focal characters (at least initially) the female cast command equal dominance, not least due to the focus of magical power being amongst women (Nynaeve, Egwene, Moiraine, and Elayne). Jordan’s characterisation of them is enjoyable and well-rounded, if at times he falls down in their joint desires for the troubled Rand. 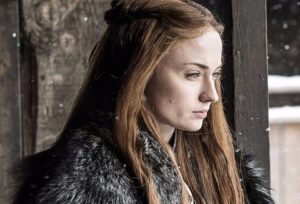 Arguably the most influential series of the last twenty years is George RR Martin’s Song of Ice and Fire, filmed for TV as the phenomenally successful Game of Thrones. Martin’s evident affection for his female characters in the books is greatly developed by the HBO writers of Game of Thrones. In fact the surviving male characters are often portrayed as both flawed and foolish, such as Jon Snow or Tyrion Lannister. In contrast the dominant characters now are Daenarys, Sansa, Arya, and Cersei, and all are excellently written and superbly acted. It’s encouraging when you realise the influence GOT is likely to have on commissioned fantasy pieces for the TV, which with the boom in Amazon Prime and Netflix is truly the future of the fantasy adaptation.

When Robert Jordan predeceased the conclusion of his epic series, the writer Brandon Sanderson took over the reins. Sanderson isn’t everyone’s cup of tea, some finding his style a bit light for the current vogue of dark fantasy, but I rate him highly. His first work Elantris was superb, and his Mistborn series is excellent. Sanderson writes female protagonists well: Sarene in Elantris, and Vin in Mistborn are realistic and strong female characters, and arguably the key characters in both works. 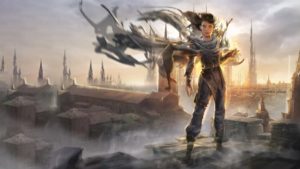 Of the other works that spring to mind, Robin Hobb is probably my favoured author for female characterisation in fantasy. Her works are superb, a succession of trilogies that advance a storyline about the return of dragons and their elderling servants to a troubled world. Her most famous books focus on the relationship between a royal bastard Fitz and the androgynous Fool, but her other works based around the use of living ships enjoy several strong key female characters (Althea in Liveship Traders, and Thymara and Alise in The Rainwild Chronicles). Perhaps unsurprisingly Hobb writes them extremely well, making them fallible and flawed, yet ultimately strong women in the plots.

From my own work, I based my female characters on much of what I liked from Hobb, Martin, and Sanderson. Emelia, the key character of Darkness Rising, struggles with mental illness as a consequence of her Wild-magic, makes poor choices for good reasons, is passionate, heroic, rash, and volatile, yet ultimately wins the day. Orla the Knight of the Air, and Marthir the Druid bot start the series as strong dominant characters who go on journeys of self-discovery, again not always making sensible and altruistic decisions on the way. I felt that they reflect the evolution of fantasy fiction to provide realistic and interesting female characters as a counterpoint to the well-established male tropes in fantasy (loveable rogue, stoical warrior). 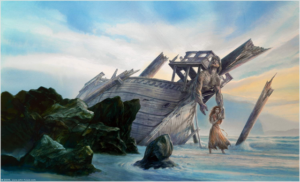 In fairness to Marvel and Star Wars their female lead characters haven’t always been met with resistance. Rogue One’s Jyn was a great lead character, but I suspect she was received well more from her presence in a fan favourite film—Rogue One is a real nod to the Star Wars fans, a grimy view of the Empire and the Star Wars mythos. Similarly Jessica Jones, in the Marvel-Netflix series, is a grittier heroine with a drink problem, arrogance, and demons aplenty. Despite the critical acclaim of the character and series the show has fallen by the wayside with the current plans for Disney’s streaming service leading to the end of all the (excellent) Netflix Marvel shows. 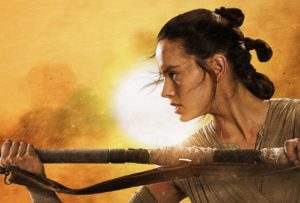 So my prediction for the next series with strong female lead? The adaptation of Philip Pullman’s His Dark Materials, and the awesome Lyra. It’s being done by the BBC this year, and I’m hoping for an improvement on the Golden Compass film (which I enjoyed, but didn’t really capture the books’ magic).
And I’m hoping with Star Wars 9 on the horizon, and Marvel’s Phase 4 to feature Black Widow’s solo outing, that the respective fan-bases can take a leaf from DC (and the great response to Wonder Woman) and fantasy fiction and embrace great, well-written female leads. 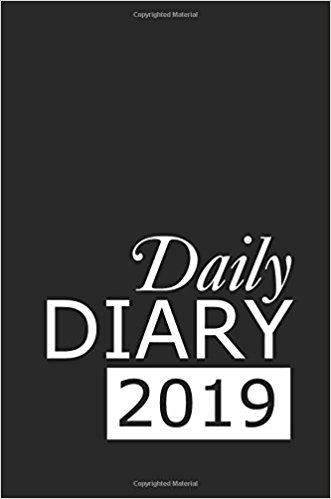 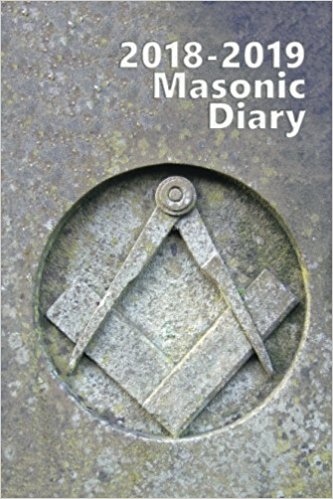 This 2018-19 weekly masonic diary will make you the envy of your lodge meetings!As a 4 by 6 inch diary it will fit into the inside pocket of your nicest suit jacket for that important night out.Never forget an important date. Whip it out at a meeting and impress your Freemason friends with this tabb... 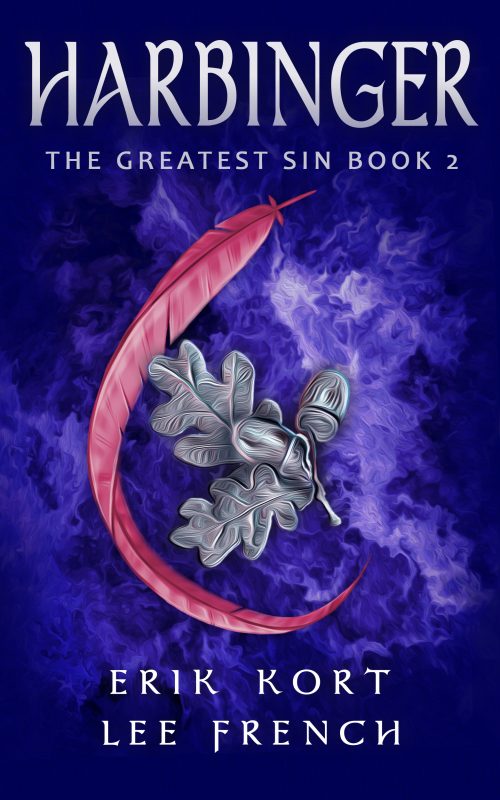 Adjusting to her new life as a soul-bound agent of the Fallen has Chavali pushing herself harder than ever before. Between learning to fight, dealing with idiots, and climbing stairs - lots of stairs - she has little time to waste on thoughts of the future. Or the past. When another agent fails to r...