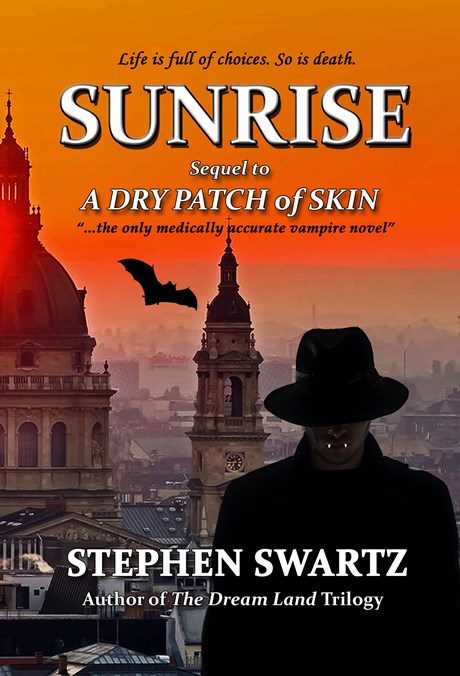 For Stefan Székely it is a fate worse than death: To be dead yet stuck with his dead parents. After 13 years Stefan can endure it no longer. He wants a castle of his own.

First he must visit his family’s bank in Budapest. But with endless strife across Europe, Stefan hardly recognizes Budapest, capital of the new Hungarian Federation. Nevertheless, he embarks on his reign as a vampire playboy – until he gets a stern warning from the local vampire gang.

Will Stefan fight for his right to party like it’s 2027? Or will an encounter with a stranger change everything? As clashes between vampire gangs and State Security escalate, Stefan discovers he might be the key to changing the fate of Europe forever. If he can survive three bloody nights in Budapest.

The sequel to A DRY PATCH of SKIN (2014) continues the trials and tribulations of Stefan Székely, Vampire.