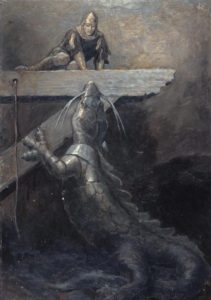 Today is the day I’m supposed to write a blog post for Myrddin Publishing. I stare at the blank page, wondering what to blog about. I guess I could talk about writing…just set the fingers on the keyboard and let the words flow… Writing is a way of life for me, one that require the ability to become immersed in the story and….

“Ahem.” A knight in shining armor stands at my elbow, looking over my shoulder and tapping his foot.

Pardon me, dear reader. I know it’s rude to interrupt my blog post just when we were getting started, but I have to deal with this—-it’s Hero, the main character from my current work in progress. Characters are like cell phones: they always choose the worst times to communicate their problems.

“Ahem,” he clears his throat again. “You there. Are you the person plotting this book?”

Surprised, I nod my head, wondering where this is going. Usually, my heroes just leave me to the task of writing, and don’t really feel compelled to harass me beyond the occasional ‘Hey, Doofus! You forgot Lord Anselm lost his leg four chapters back, so he’s not going to be able to dance the night away, right?’ So I say to Hero, “I am your author and creator. How may I help you?”

“Well, the Dragon is dead, did you notice?”

Again I nod my head. “Yes, I wrote that scene, and if I do say so myself, you were magnificent.” Heroes require obscene amounts of kudos, or they turn sour.

“Thank you,” he replies, attempting to appear modest and failing. “Well, the thing is, Lady Penelope has thrown herself into wedding preparations.”

“Yes, I did know that.” I smile encouragingly. “I am helping her with designing the dress.”

“Well, I’ve been booted outside. Kicked to the curb. No one needs the groom, apparently until the big day so, heh-heh, here I am… Bored… Looking for something to do…” He glares at me. “Well, really, what sort of author are you? Here we are 32,527 words into your novel, and you’ve already shot the big guns! You wasted the big scene! I mean really, unless this romantic comedy is a novella, you just blew it big time.”

I am shocked that this man who owes his very existence to my creative genius should talk to me thusly. “What are you talking about? I have lots of adventures and deeds of daring-do just waiting to leap off the page, and occupy your idle hands.” See? I can give a dirty look too!

“We-e-ell?” he drawls. “You have 50,000 or so words left, and I hope to heck that you do not intend to spend them on wedding preparations!” He looks at me expectantly. “I have nothing to do! Find me a Quest!”

By golly the man is right. I have timed my big finale rather poorly, and now I have to come up with something new for the man to do. Hmm…maybe trolls … no, too reminiscent of Tolkien. I know – elves! No, still too Tolkienesque. I glare at him. “Well, I can’t work with you staring over my shoulder, so find something to do for a few minutes.”

Good Lord. I should have made him less impatient and given him a few more social graces. “Look, why don’t you sit here, and play a little ‘Dragon Age’ for a while?” I park him in front of the TV and give him the controller.

“What the hell is this?” He looks first at me and then at the controller in his hand. “I am sure this odd-looking thing is quite entertaining, but I don’t find it amusing.”

Sighing, I show him how to turn the thing on, and help him set up a character file. For some reason, he wants to play as a dwarf mage. That takes an hour.

Finally, I can sit down and invent a few more terrifying plot twists to keep this bad boy busy. The trouble is, all I can think of is dragons, but he has already fought one and killed it. Of course, that means he has acquired a certain amount of skill in dragon molesting… heh-heh… but what good is that sort of ability?

I look up, and see Lady Penelope’s mother, Duchess Evillia, standing at my elbow. “Yes?”

“Well, I am sorry to bother you, but we are in desperate need of a certain magical ingredient for my special anti-aging cream.” She looks at me expectantly. “Despite the fact she is intent on marrying that unemployed waster in the tin suit, my daughter’s wedding is a Very Big Deal.”

OMG, she’s capitalizing her words for emphasis. And she’s still staring at me.

“I simply MUST have my beauty cream.”

“And that ingredient is…?” I hope it not a complicated thing because now I have two bored characters nagging the hell out me.

She smiles and says, “Dragon’s Milk.”

How odd, that I never realized until this moment just how malevolent Penelope’s mother looks when she smiles like that. “I’m sure that our dear Hero can get me some since he’s just sitting around pretending to be a dwarf.”

This woman is very likely to be his worst nightmare, and Hero intends to share a castle with her? I suppose he has no choice, now that I think about it, as he has no castle of his own, and Penelope’s father, Duke Benedict, has made him his heir.

Wait a minute…that was against his wife’s wishes, wasn’t it….

Yeah…I guess I could rewrite the original battle scene, just add a bit here, tweak a bit there and subtract the dead dragon part.

Ooh…but he could get singed milking the dragon, and that would probably delay the wedding.

Oh, what the hell—he is a hero isn’t he?

I look over at the Hero, who is now bashing my coffee table with my game controller. Oh, yeah, this boy needs to go outside and play in the fresh air. “HEY!!! Hero, I have a task for you! Take this bucket and get some dragon’s milk. It’s a matter of life and death.”

He looks up, wild-eyed and sweaty. “I will in a minute. I just have to get to a place where I can save… Gah!!! No, no, no! I only have one health potion left!” 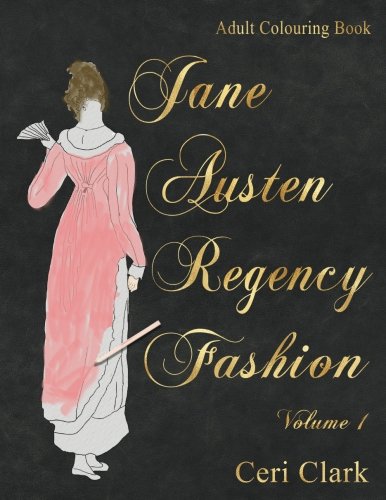 This Regency fashion colouring book will delight your senses and inspire your creativity. Each page features one intricate gown with authentic period dresses to paint, colour, and perhaps, keep as a treasured keepsake for years to come.