I graduated from high school in 1971. My friends and I were so close in those years and we have held onto those connections, despite the rough seas of young adult life. We drifted apart during the ‘blender years,’ but as our children left home and our lives became more our own, we drifted back together.

Fifty years ago, we were young and wild, determined to carve our path in the world and desperate to get on with living. We were tired of the war, tired of politics, and tired of being told what to think by a media that was controlled by pin-headed men in suits. We were tired of Congress selling us out.

We were going to change the world.

We did change it, but not exactly the way we naively believed we would. Even though we were unable to solve all the problems we wanted to, we did manage to make some positive changes. Unfortunately, we were too few, voices shouting in the wind.

And now we are somewhat jaded. The country is still divided, big money still buys votes. Congress is still selling out, and the media is still owned by pin-headed men in suits. There is always a war somewhere, and it is never done with.

My generation clings to our belief that we will see positive changes, but we don’t believe we’ll live long enough to enjoy them. Nevertheless, change is inevitable and it will happen, even if, like Moses and the promised land, we stand on the opposite shore and see only what yet may be.

My old friends and I are not exactly who we were in those wild days. Now we’re an amalgamation of everything we once believed would happen and the reality we lived. We are people who survived Reaganomics, who survived raising children through the MTV years. We held down three part-time jobs because trickle-down economics didn’t really trickle down the social ladder to our rung, and we had kids to feed.

We survived the Bush years with some of our dignity intact and didn’t fold under the “you’re with us, or you’re against us” propaganda designed to shut us up. We will survive whatever comes our way with the current regime because old wood is tough wood and doesn’t break easily. 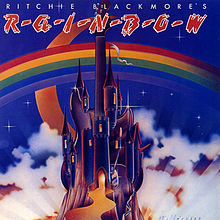 We are jaded, but we have hope, we old hippies, we old women and men who are dinosaurs among the birds of the modern, hyper-connected world. We still believe the world can be a better place for everyone. The difference is now we know we can change the world… just not in the way we thought we would.

Now we put our money where our mouth is, donating to charities and spending our retirement years volunteering in schools and hospitals. We do it in small ways, chipping away, and little by little we have a positive effect.

We lost the battle to make the world a simpler, kinder place. Our parents were The Greatest Generation, and they won the war with their firm, 20th century belief that only through technology would mankind benefit, and that somewhere a miracle drug was waiting, one able to cure every disease known to man.  It just hadn’t been discovered yet. Now the drug companies have the government’s balls in one hand and a claw-like grip on our pocketbooks with the other. That hoped-for miracle cure is still somewhere out there on the horizon, and likely always will be.

My generation was conquered, despite the struggle to keep it simple. We old hippies now embrace technology and make it ours. We do this because we must either adapt or die, and I am not ready to die. We are a wired society, and we old people have the luxury of a little free time and occasionally, extra money. So, we have become wired.

Writing is my opportunity to live in the world as I would like it to be, and it is my chance to get away from the war, from politics, from family problems. Adult children with complicated epilepsy issues, grandchildren having babies too young (did they learn nothing from my trials and errors?) –writing is my escape.

I support creativity and free-thinking on a local level. I volunteer as municipal liaison for NaNoWriMo. I encourage people from all walks of life, and from every point of view to write. It doesn’t matter to me if we agree politically or not. Everyone has a story to tell. Some stories are real and incredibly moving, and all the writer needs is the skill to tell that story the way it should be told.

They can gain that skill through participating in NaNoWriMo, National Novel Writing Month. Children and schools benefit year-round from writing programs sponsored by this organization. For me, November is the busiest month of the year. I will be meeting and getting to know many new people, and I will be writing the framework for a new novel.  For one month, thousands of people will be too busy writing to spend their evening in front of the electronic altar, being fed mindless pap in the form of ‘entertainment.’ Instead, they will entertain themselves and find they are so much more than they ever thought they could be.

With every new book that is written, each new magazine article or essay, the world opens its eyes a bit more, seeing more possibilities. Readers discover they are not islands disconnected from society, cocooned in dark living-rooms, unable to look away from the poorly crafted mind-porn we are force-fed.

I am an old hippy, I admit it. But I am water, wearing away at ignorance, helping the world learn how to tell its story one person at a time. 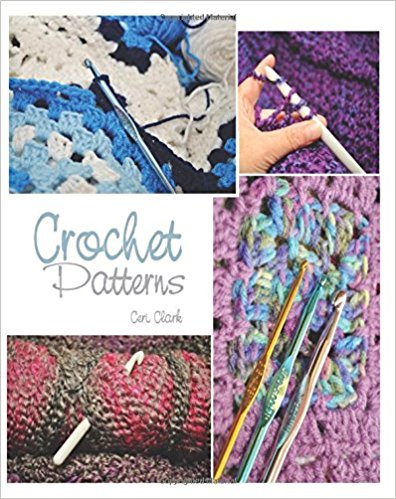 Are you always forgetting your website logins, usernames and passwords? Do you have lots of sticky notes, old envelopes or labels around the house to remember them? Would you like to find a better way? Crochet Patterns is a discreet password notebook that is disguised as a crochet guide. Add all you...